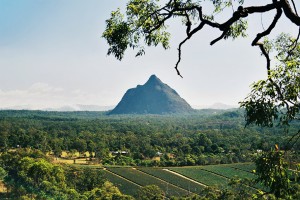 Uncle Pete was the first person we would see on our visit to Brisbane as he would pick us up from the airport.  No sooner would we breathe in that thick, humid air, then we would be cramming into his old six seater car.  My sister or I would have the place in the front seat in between Uncle Pete and Dad, as we were the smallest.  The back of our legs would stick to the hot leather seats and all the windows were down in an effort to keep cool as Uncle Pete drove erratically up and down Brisbane’s hilly suburbia.  I can almost hear Mum trying to withhold her gasps as she hung on for dear life.

Uncle Pete was an ordinary man to most, as many of us see ourselves, away from the spotlight of celebrity and celebrating a mundane existence.  And I got to thinking, while so many famous lives are recorded in print and on television, where are the records for the ‘ordinary’ people?  I don’t think any one person could be regarded as ordinary at all.   And it pains me to think that such an amazing man is not known to all the world.  We can only immortalise him through our memories.   I thought maybe I could immortalise him here, because his story is just as important.  And while it was a sad day when Uncle Pete left this world in February four years ago, I still can’t think of him without smiling.

I think the reason I feel so strongly about my Uncle Pete is because I never met my Opa but I like to entertain the thought that Uncle Peter resembled him the most.  I knew my Opa had been a fairly gruff man in nature, tall and lean but still appearing strong.  Uncle Peter, like all my uncles, and my dad, are like that.  They have rough, brown skin from the Queensland sun, fair hair, a very easy going nature and dry sense of humour.  I was always a little scared of Uncle Pete’s roughness but every thing he said seemed to be tongue in cheek and followed by a great laugh.

I have only been to a few funerals in my time and while it sounds completely wrong, my favourite part about them is when someone recounts the history of the person who has passed.   For people who are such a large part of our lives, we seem to know so little of them, especially when we came into this world so long after them.  Uncle Peter was born in the Netherlands in 1942,  a meagre four pounds as it was during the war and my Oma was on rations.  He was the second child and first boy of eventually nine siblings.  He came across to Australia as a young boy and most of the children could not complete their schooling- the older ones especially having to get jobs as soon as they were able.  I can’t imagine how difficult it must have been to feed so many children on my Opa’s wage alone.

The thing that struck me most about Uncle Pete’s story was that he had had so many different occupations; taxi driver and cleaner to name a few.  I don’t think he ever owned a house, or owned much at all, and yet he was always so generous.  On every visit he would say “Oh, I think I’ve missed your birthdays this year” and hand us twenty dollars each-making my eyes pop out of my head.  In those days-now I sound old!-it seemed like so much.  And really, it was a lot from him.  But the best thing about Uncle Pete was when we would take our annual trip to the Glasshouse Mountains.

After Uncle Pete had picked us up from the airport, he dropped us at my auntie’s place to stay.  She had four grown up children who had left home so there was plenty of room for our family of five.  As he left, Uncle Pete would suggest that we have a good meal of preferably pasta that night so we would have plenty of energy for our big climb the next day.  That is a very Damen (family) thing to say, I think.  The next morning the sun would stream through the window bright and early, as it does in Queensland, and we would get up early so that we would not be climbing in the heat of the day.  Uncle Pete would rock up in his car and take us all (bar Mum, climbing wasn’t her thing) to the Glasshouse mountains.

Our backpacks were packed with plenty of bottles of water and Uncle Pete would bring oranges to eat at the top of the mountain.  Which one would it be this year?  Ngungun was one of the first we had done when we were younger as it was pretty much a walk, and eventually we graduated to Tibrogargan and Beerwah.  My brother got to go with Dad and Pete to do the harder climbs before us, and then my sister and I got to go too- it was so exciting!  There was a mix of walking and freeclimbing (that is, we never used ropes).  My sister and I were usually in the middle of the boys as we climbed, feeling safe that in case we lost our grip on the hot rock that there was someone behind us.

The Damen men aren’t ones to have long conversations but there was always general banter and laughter along the way and it was just a wonderful feeling sharing such an experience together.  By the time we got to the top we would all be drenched in sweat and perhaps have some cuts or grazes on our knees.  But that view from the top, the clear blue horizons and beautiful tall mountains jutting from the landscape, was completely worth it.  It is absolutely breathtaking. And, I’m not fussed with oranges normally, but they always tasted amazing as we sat perched on rocks at the top of the world.

There are many more great memories of my Uncle Pete.  I will probably think of him every time I play the card game Rickety Kate, as he taught us that.  He used to play Scrabble every week with my Oma as well.  He always had time for his family and friends, and I will always remember him fondly.  He will live on in our memories and that will always bring a smile to my face.  It was no surprise Uncle Pete wanted to have his ashes spread at the top of Beerwah.  I wish I could have gone to be part of that ceremony but I was unfortunately very pregnant at the time.  Apparently, people aren’t even allowed to climb that mountain any more.  It is just left for Uncle Pete now.

Rest in peace Uncle Pete.  You will never be forgotten. xx

2 thoughts on “Immortalising Our Loved Ones Through Story”